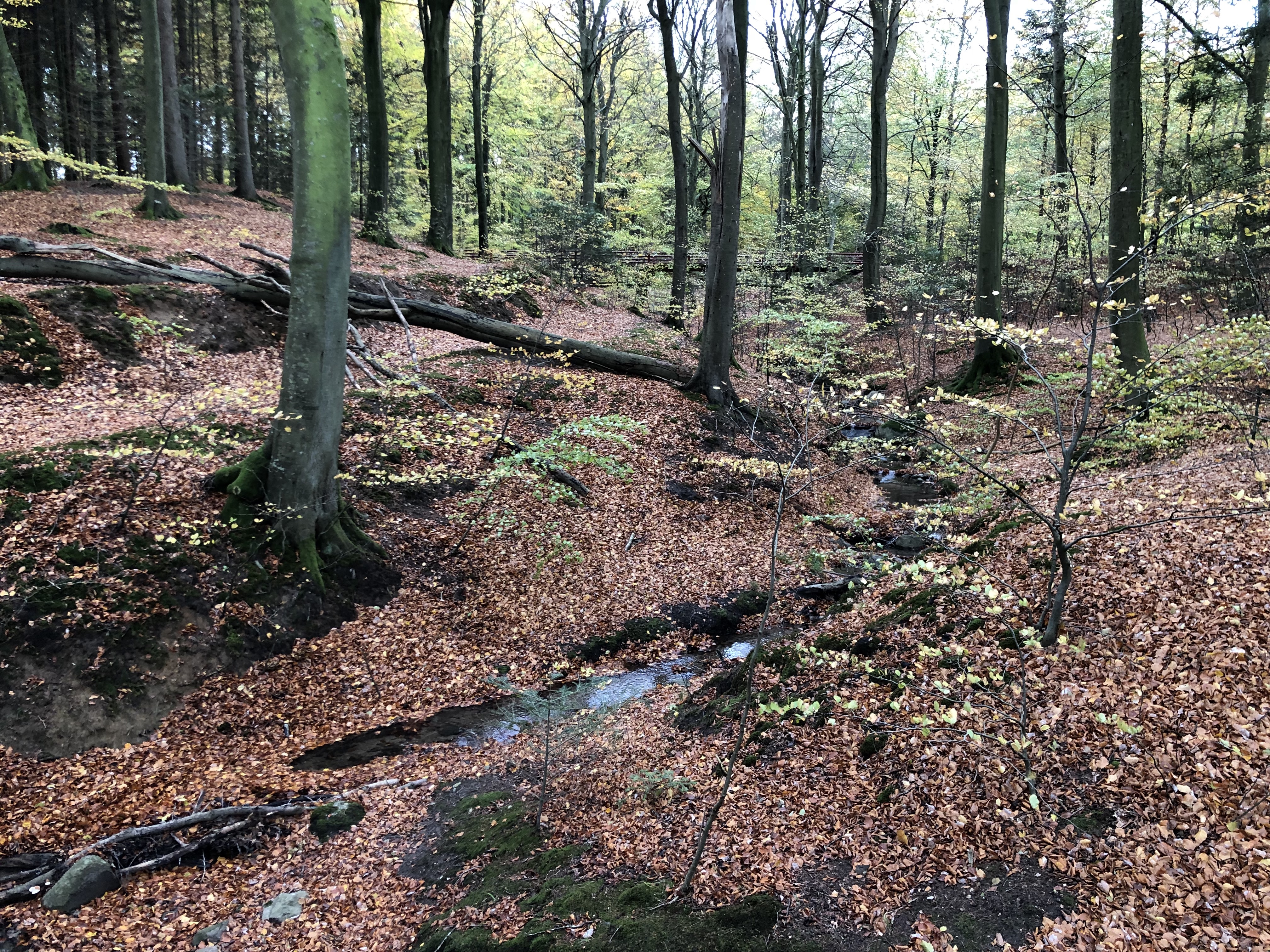 When the routine bites hard
And ambitions are low
And the resentment rides high
But emotions won’t grow
And we’re changing our ways,
Taking different roads
Then fall, fall will tear us apart again.

It’s been a long time since I listened to this song by Joy Division. The first strophe always sounded really depressing, but it shows quite well the feelings I get when I am alone for a while working from home. I think it has to do with the fact that I travel too much. If September was long, October and November are not very different. In a couple of days I will be 35, so maybe today is a good moment to post an update. It is also the first anniversary of the project! Yuhuu!

So, not long since I was back from Crete, my parents came to visit. So it was a great opportunity to revisit some iconic sites like Acropolis, Delphi, Mycenae, Sounio, or Tyrinth. This last one was actually shocking (for good). When I first visited it in 2006, we hardly saw it (and it is literally next to the road) and was quite a deception.

This time, the change was impressive. They had cleaned and restaured the surrounding walls, and built a nice new access with a beautiful path full of interpretative panels. Twelve years ago we passed by the site three or four times without noticing it. Almost got to the dam looking for it. There were no signals, no clues, besides a panel hidden by tries on the other side of the site, not even the one next to the road. Now you literally stomp on it wherever you come from. The view itself is amazing, and the new panels show much more. Of course, the invesment has been (and still is) major. However, the maintainance costs do not appear to be much higher, as in terms of personnel (the most expensive part) it stays the same. Anyway, a great surprise that, like everything I do and see, will be of use for the project.

Once my parents left, it was time to get back to the plane…

This time I was ready for my second trip to Italy, this time for a short getaway in Turin. I was very intersted in the management model of Museo Egizio, as it is a first class museum managed from a semi private endeavour. Although the city and other public stakeholders are part of the foundation board, it is still a totally different model to the one represented by national museums (or other public ones). I have to admit that until now my experience in Italy is not being very good. I am having trouble to arrange meetings and seems like only through people you already know in person, you can find other people to talk to. This should not be strange in the Mediterranean, but specially when dealing with the public sector, it reminded me to a small experiment we did for my PhD contacting the different regional officies via official public channels. However, the trip was worthful, and gave me a further insight on the Italian reality. I also stayed in a farm. With cows. Loved it.

So, back in Athens was time for laundry and a new flight. This time, it was not for work. Actually it also was for work, but as part of my holidays. I took a couple of weeks off, and compensated with a conference and some #pubarchMED work in the USA.

The first stop was in Denmark. It was also my first time there, and I have to admit it did not meet my expectations. I always though it was a better place. Anyway, it was indeed beautiful in its way, with great landscapes and all. There, I was attending CHAT (Contemporary and Historical Archaeology in Theory), the annual conference of a very interesting group that always manages to offer good quality gatherings around, mainly, contemporary archaeology and heritage. If you remember from a previous post, during May I did with Elena (my koumbara and co-editor of AP Journal) a small activity for an event in Athens. It was about city tagging, graffiti and so on. We decided to present it in the conference and show the methodology and the first results of the experience. As usual, did not have time or resources for much, but really would like to carry on with this at some point and we will surely publish something soon. Overall, the conference was also intersting to make new contacts that will be helpful for the project. Do you ever have the feeling of never getting out of work? One of the things I miss from my non-academic friends is just shutting down the computer, or leaving the tools and forget about everything until the following day. Research is slavery! But we usually love it… Anyway, the conference finished with a nice walk on the seashore back to the center (the featured image offers a glimpse), and very good feelings and ideas for the future. Special attention, the ideas I got from the film workshops…

This time, laundry was challenging as weather was not very good. I had to take a new flight the day after and needed some clothes that were still wet. Air condition, iron… I managed to finish laundry on time to sleep a bit and took a flight to my first Halloween in the USA. Athens-Frankfurt-Boston with Lufthansa (and I should complain), then Boston-Middletown by car. I love rental cars in the USA. Always top end models with all the extras. Compared with the Fiat 500 I got in Italy… Anyway, I went to visit my friend Ana, who is FLTA (Foreign Language Teaching Assistant) in the Wesleyan. Great time, new friends and time for a couple of trips (New Heaven, Cape Cod…). We even visited an abandoned amusement park!

Middletown is very close to Providence (in USA terms), so I decided to visit some colleagues there too, in Brown University. They have a great department with a lot of people working in the Mediterranean and it was a good opportunity to find victims for my interviews. Also, we could share insights of the project in a seminar… one of these they do with pizza at lunchtime. The last day, in Boston, I did universitary tourism… Hardvard, MIT, and a couple more I passed by on my way to the center. Maybe too much walk for the day I had ahead.

Because after leaving Middletown in the morning, I was starting a 36 hours trip back to Athens with a long day in Boston and a long stop over in Munich. I had not been in Munich for 17 years, so decided to book a late flight (my mistake) and enjoy a nice day around… the city? I only went back to the centre for early dinner and the metro to the airport. After visiting the Olympic Park, my friend Patricia recommended to visit Dachau concentration camp. It was impressive… I have no words to describe the whole experience. You don’t need the audioguide to experience the terror and understand how one of the most horrible episodes in history happened.

The last couple of days of this intense holidays, I had to rest for the Athens marathon. I was only running the 10k, but wanted to make a good time for San Silvestre. But jet lag, tiredness and a lack of reparation (I hardly run three times in two months), did not let me improve my times at all. Actually it was the second worst time in a 10k I have done. On the bright side, the experience was really nice and I am full of power to prepare for the actual marathon (the original) next year. It is going to be a great good bye from Athens.

On this voragine, a year since I joined Incipit and started the project had passed. Looking back, I am not sure I am well on schedule. I know I can get on track during the second year, but my expectations of productivity were far better. I am not in a possition to evaluate this past year right now. There have been lots of possitive things, but also many challenges that made me slow down a bit. I guess a slap of reality is always present in these kinds of projects. Luckily, when I designed the ‘official’ project I already gave myself this slap, so on paper it is not that bad. Now is time to concetrate and keep advancing, so basically this is what I did…

Bulgaria is part of the project as a Balkan-Mediterranean country. I was very interested in the contrast between a post-socialist model and the more liberal ones we have in the West. And I was right to go… because it is one very interesting case study. I have to thank Maria for all her help arranging everything on this trip. Amazing host. I talked to many people, delving into many interesting issues. Here I will not comment on those details, but just make a small review of Largo, an archaeological site in the center of Sophia.

When I say ‘centre’ I actually mean it. It was the old Roman town and sits on the main square, with the main metro station and some of the main public and private buildings in the city. The restoration of the remains is a little bit aggresive. There is a motive I will probably address on the report, but besides that there are some interesting issues around it. Although interpretation panels are poor, there are many visits to the site everyday, and I guess almost every resident in the city knows about it. It extends quite everywhere around the center, and the back (photo of the right) opens to a public space in use that can be also very welcoming and nice. Maybe the main problem is all the potential this site has is not really used… And this has a direct link with the management model in the country. However, this trip made me think about a second visit this summer to the countryside, as there are many issues I would like to see in person.

Now, back in Athens, it is time to carry on working and preparing for next trip… Israel. See you soon.