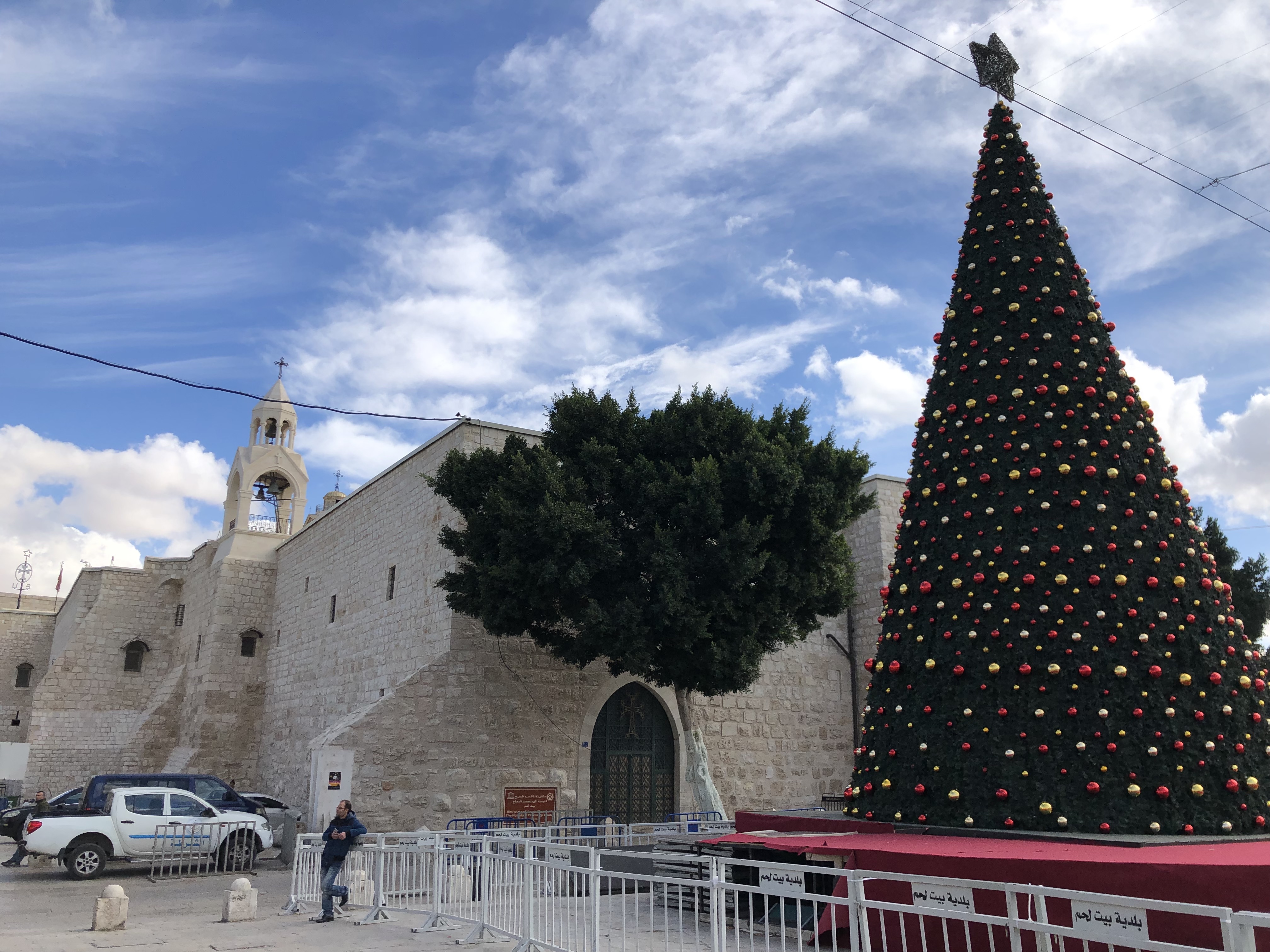 Almost Christmas and here I am… finally in the village, next to the fireplace, writing a post I should have written time ago.

November finished a year older and wrapping up things in Athens. December started with a long-waited trip to Israel (& Palestine). As usual, I came back with the feeling I need to go back there again a speak with more peoeple. It was an amazing experience where I learnt lots of details from different models to most in Europe.

I had the opportunity to visit several World Heritage Sites, from Beit She’an to Tel Aviv, or the well-known Masada. The general impression was good, but I could notice certain issues that made me wonder how policies actually apply beyond the actual excavation of archaeological sites. It is true that the Bauhaus in Tel Aviv is not an archaeological site in traditional terms, but the preservation of most buildings was questionable. After several hours walking around, the building in the photo was probably the best preserved—taking into account the autentithity of the whole structure, outside and inside. I have discussed many times the need to adapt historical buildings to current forms of life, but witnessing an agressive example of that in this case, made me wonder how can it be done.

For the archaeological sites, the feeling was somehow similar, but overall, I felt a disconnection with the place that I could soon understand after some of the interviews. The policies of rellocation and colonization in Israel are still very controversial—even criminal in many cases. Populations displaced from their villages and new colons relocated in brand new cities that take control of the territory. As a result, any remaining connection with the sites is lost. Beit She’an is a good example. Arad-Masada, maybe too.

Haifa is a different example within the WH scheme… fully embedded in the city, these gardens are an essential part of the landscape. However, I did not really delve into the community links to actually compare.

But if there is a place we need to remark in the region is Jerusalem. I cannot really explain in words the feeling of being there for the first time, or the wonders of the city, holy for the main three monotheist religions. I had to run around quite early, which was good and possible! Amazed as I could be, the access to the rock was a first glimpse of the reality behind the conflict. Security checks, pseudoborders, armed security, show how the two-states solution is present. Moving towards Betlehem the wall and the checkpoint bring you back to reality.

His Majesty’s government view with favour the establishment in Palestine of a national home for the Jewish people, and will use their best endeavours to facilitate the achievement of this object, it being clearly understood that nothing shall be done which may prejudice the civil and religious rights of existing non-Jewish communities in Palestine, or the rights and political status enjoyed by Jews in any other country.

The situation on the other side is quite surreal. Getting into Betlehem, the Off Wall Hotel offers a bit of context on the political situation. It is clearly biased on the Palestinian side, but the facts point that way. Towards the Nativity church you realise you are in a different place, and when you get there, you feel Christianism is also embedded there. I recalled the stories of a friend about his grandfather in the region, door-to-door with jew and muslim friends, in peace. However, even this Christian heritage in the town is part of the political and social struggle in Palestine. Ramallah was an interesting experience in an awful rainy day, but maybe crossing to the Herodion was the best example: “The road is Israel” a soldier told me after the checkpoint and my doubts to cross with the car. The views of Betlehem in the horizon reminded you about the raw reality in the area. I could not help but get a bit sad.

I have to admit, most of my fears before travelling to the region were soon gone. Amazing landscapes and sites, as well as lovely people, make you realise politics are beyond reality. But this does not mean nothing is happening there. The absurdity of many facets of the conflict lays on the cruelest reality of a sort of appartheid against hundreds of thousands. Citizens of different classes, not only economic, with very different prospects.

All this has its reflection on archaeological heritage management. While the practices of a modern state struggle with daily matters common to any other country, politics, identity and religion are far stronger here. Mostly there is a discourse of peace and integration in the background, but… Will it ever be possible?

Let’s pray for it—or “pray for the peace in Jerusalem” as the light spectacle in the Tower of David concludes. Merry Christmas, happy holidays… see you in 2019.