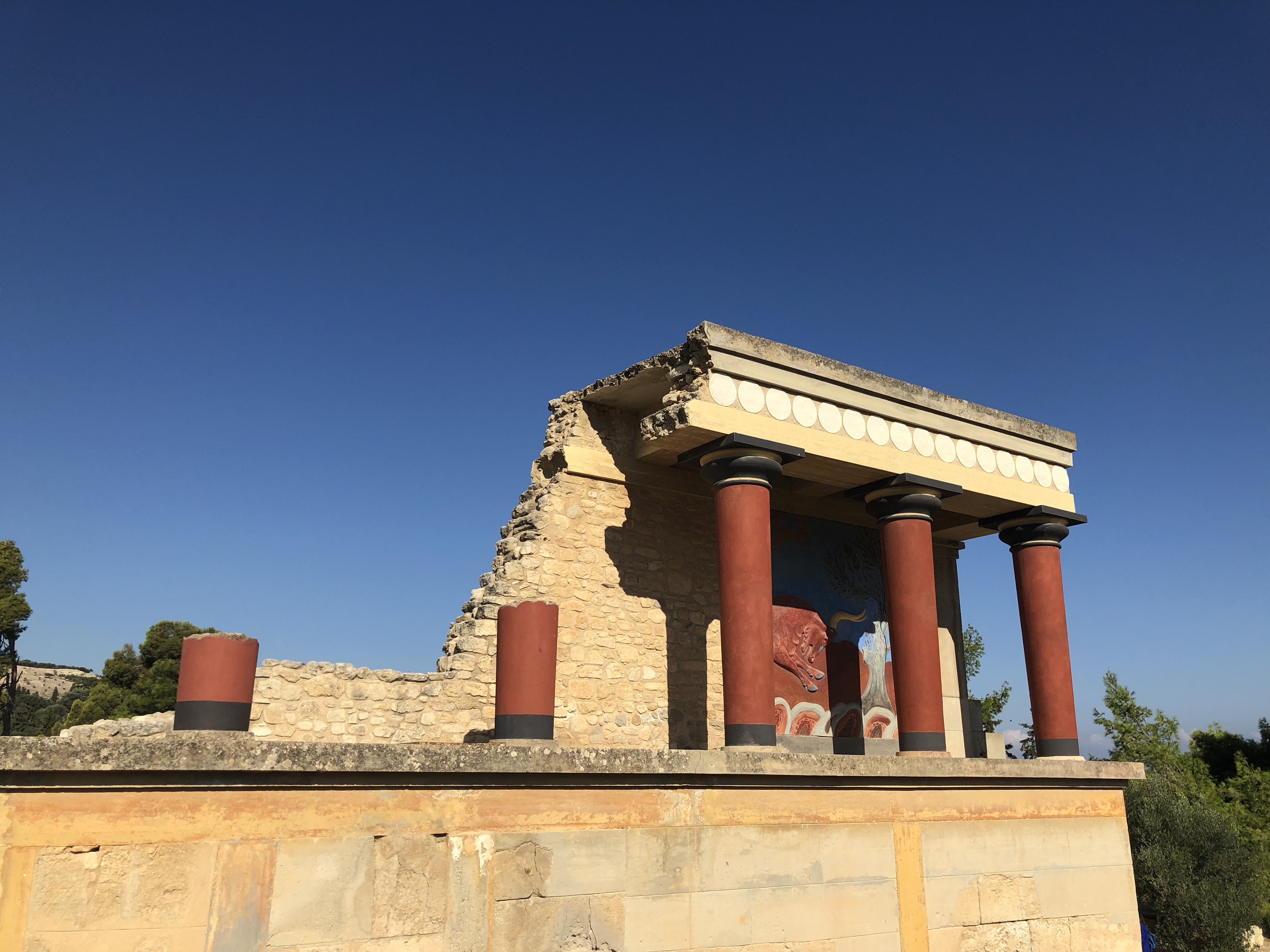 Sometimes time flights… I did not realise it was already October when I came back from Crete last Sunday. I did not even realise it was in August last time I updated the blog. These past weeks have been intense and productive and I guess it is time to say why.

Since last post, I took a dozen of flights. It is not going to get better in the coming months. But this project needs it, and I think the outcomes will deserve the sacrifice of living in the air (also the flight miles…). The first flight was Athens-Madrid to start preparing a short Iberian stop for the project. Interviews in Spain and Portugal, a fast visit to Santiago to pick up our brand new iPads, and the EAA in Barcelona.

During the EAA 2018 in Barcelona I had a very important responsibility… managing social media for the conference (with the great help of Alejandra and many others). This took the whole week, although the outcomes were (I think) awsome and participation huge. Not in vane, almost 3,000 people were there for the conference and a fast look at Hawksey TAGS report of the hashtag (without our over thousand tweets) offers a glimpse of what happened. The first day of the conference I had the opportunity to share a great session with Francesca Benetti on legislation and participation in Europe. Within the goals of #pubarchMED too, the session offered some interesting insights on the differences between countries, opportunities and challenges for participation in archaeology. We also had the opportunity to re-launch the public archaeology community after some time without activity. Overall, the conference was a success in many terms. I would have liked to enjoy it a bit more, but the social media duty was too consuming and it actually had repercussions the next Monday, which I woke up exahusted, dizzy and sick.

However, this did not stop me to flight on Tuesday to Lisbon. There, I was meeting colleagues at the University to start the preparation of #TAGi20 (TAG Ibérico 2020 – the web is still under construction, but there you will find all the information). But, of course, we had the opportunity to arrange several meetings for interviews in two intense last days which almost make me lose the flight back. I cannot say names at this point, but I am very grateful for the great time we spent (even with a birthday party in the middle of an interview!). One of the joys of working in the Mediterranean is the people.

I continued with the interviews in Madrid for a couple of days before coming back to Greece. I booked a later flight in expectation of attending a conference that weekend, but there was no oportunity and at least could spend a couple of family days in the village. Back in Athens I did not have much time for anything. While still unpacking I already had to get ready for a short trip to Rhodes. I got a free flight after a delay in Ioannina last July and this was the only moment I had available. This was a weekend guilty pleasure, but the island (and the sites, both Rhodes and Lindos) is so awsome that I felt the need to recommend it. I am not going to upload photos, just visit if you ever have the opportunity.

And after the guilty pleasure, back to prepare for another amazing island; Crete. One of the sites I am planning to work on is Knossos. I guess I do not need to say much about it, as everybody knows it. It just fills one of the profiles I am looking for in the project (well known but not World Heritage), but I would have rather worked in another site: Gortyna. In the middle of nowhere, but close to a small village in the south of the island. Mostly unexcavated, impressively monumental… AMAZING. Anyhow, being in Crete for an archaeologist is like a dream. From the sites to the museum, dozens of icons take life for a moment. I will hopefully be back next Spring and will tell you a little bit more about it.

Now I am back in Athens, reading, writing, ordering, planning… a much needed rutine that will lead to new adventures. Next stop, some of my favourites in the mainland.