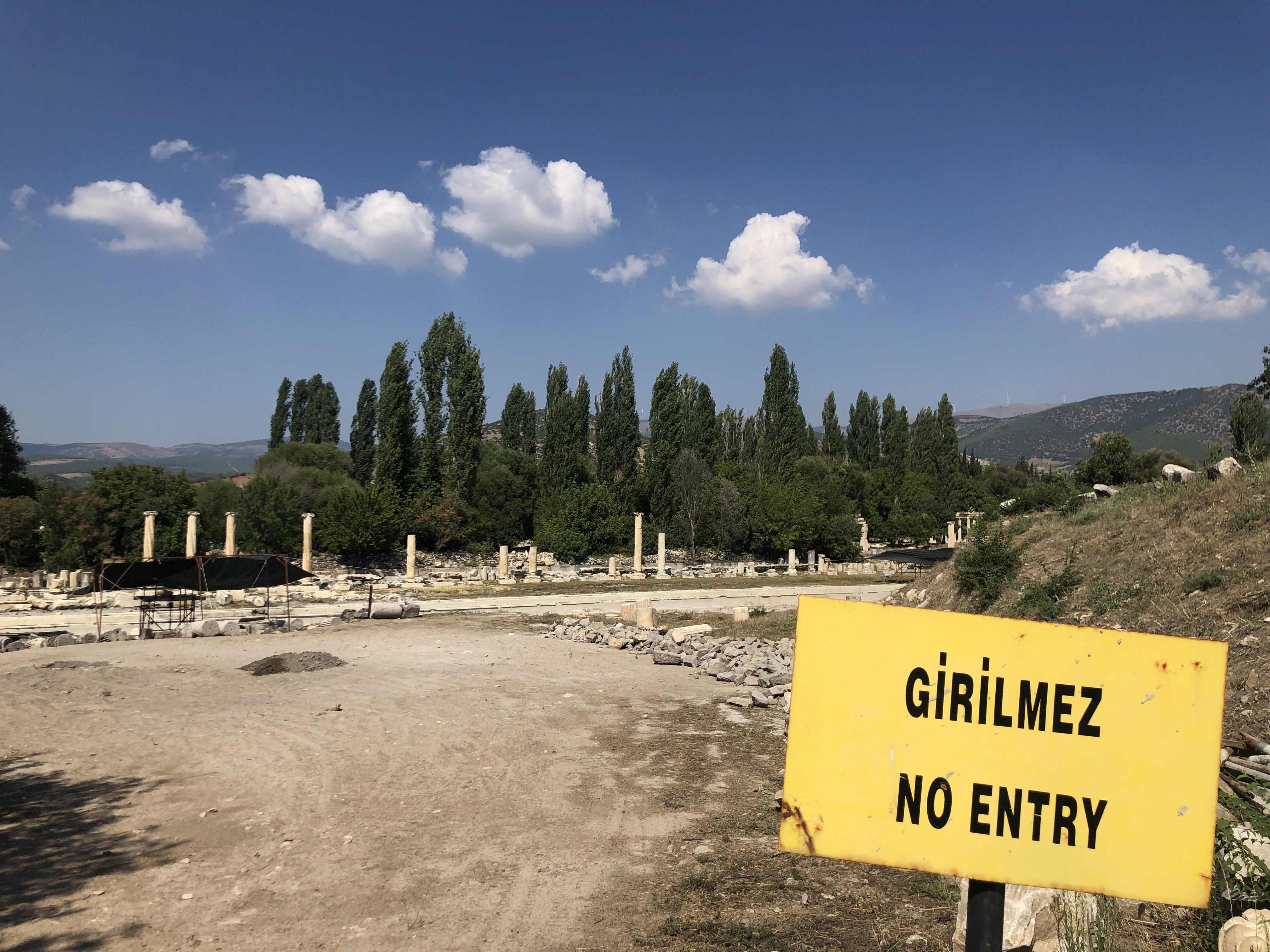 My original plans for this month were to write three posts: the first one with the trip to Turkey and the end of September; a second with the main trips of October; and a third with the fieldwork in Thessaloniki and Preveza. I’ll do one now, and leave a second for the begining of next month. Why? Because I am finding it very difficult to sit down [or lay down like now] and write. I haven’t even opened Netflix these past weeks.

The roadtrip in Turkey was amazing. Besides meeting some great people in the way, the opportunity to visit some of the greatest sites of the classic and not that classic world was exciting. I cannot comment much about the management. There are many details I liked, like opening for free the small sites, which get ‘paid’ by the big ones and the crowds of tourists. The presentation in most of them was not great, but this is not something different to most countries. Still, they are normally huge and in ongoing research and consolidation, so it makes all more difficult. I might have an extra word for Çatalhüyük.

It is, without doubt, one of the most impressive prehistoric sites I have ever visited. It is true that the bunch of millions invested on its research and presentation pay off, but it was truly a special experience. Maybe because it is one of that sites you have read about millions of times [even for public archaeology related issues], but also for the presentation and the richness of its history. A similar experience but in a much lower level was the one in Troy, although this time I have to say that a bit dissapointing. Mainly because the site is illegible in many ways, and the current landscape does not help much. However the presentation was not really that bad and they had some interesting educational initiatives on the site. Maybe it was a matter of playing with the remains of the ninteenth Century.

I could spend some time writing about the experience in Turkey, and that was the plan originally, but I will close with a link with the next trip… Lebanon.

The issue of illicit trade and looting is being taken very seriously in the Middle East, probably because of the unrest in the region and the recent events in the smuggling of hundreds of artifacts from Syria and Iraq. The Turkish sign in the airport might look even funny with the guy running Elgin-style in the tales of some Athenian guides. However, it is a step not many other airports have taken and apparently they are serious about it. Also, it is in the arrivals hall… so you have it present the whole trip. Same happens in Beirut, that has a big archaeological presence in the airport and this campaign, intended more for locals and the identitarian link, is everywhere, in Arabic and English… maybe French too now I think about it. The fight against illicit trade in Lebanon is quite active and the model of management interesting and effective on paper. They are having some interventions to mitigate the impact of new develoments that are not perfect but a singular step in the region… plus the huge effort to excavate the whole center after the civil war and before the reconstruction has been impressive.

Something I actually liked a lot and contrast with most other cities is the presence of the informative pannels in the street level, not inside the site. In my opinion it makes things more accessible, especially when the sites are mostly closed. I will not discuss Thessaloniki in this post today, but it is one of the issues affecting the link people-archaeology in the city from my point of view.

Right after Beirut I went back to Cyprus and had the opportunity to see better what happens in the North. The situation is highly problematic, with a parallel unrecognised administration trying to deal with the protection and enhancement of the sites. Some little research is done, but what they call a ‘cultural embargo’ still represents a legal claim from the Republic of Cyprus whe facing a military occupation in part of the territory. The conflict is very complicated in many levels, but I still wonder if heritage can be a way to work it trough beyond politics. ‘Human rights’ is a term widely used in the discourse of both sides… in the current situation the right claimed is unequivocally lost anyway. Still, delving into the daily issues of both sides is really interesting and keeps showing all the difficulties that we face in the management of archaeological heritage.

The last stop was Belgrade. Back to the Balkans to understand better the situation of a very complicated region, and a country that is still involved with most of their neighbours in some way. Claims to return artifacts from North Macedonia, conflicts in interventions of Orthodox heritage in Kosovo and Montenegro, tensions with Bosnia and Herzegovina… still, life continues and heritage is a big presence in the capital of Serbia, with landmarks like the first McDonalds in the region or Vinca [sorry, but no idea how to write the accents with my keyboard], one of the most important Neolithic sites in the region. Still, one of the issues that shocked me most is the lack of archaeology in the city… not becuase there was not or it didn’t happen, but because it is just hidden. As an example the Gate of Constantinopolis in the main square in front of the National Museum… which is barely visible [not even the gate, the intervention to show where it was].

Anyway… now I am in Preveza, in the middle of some fieldwork to better understand Nikopolis and its relation to the surroundings. I also did Rotonda in Thessaloniki, and was in Spain for a bit… also in Athens to make some laundry… Fourteen planes since I thought about my Carbon footprint and this is not finished.

PD. The exhibition is open again in Agrinio, with the colleagues of the Department of History and Archaeology of the University of Patras as hosts. If you happen to pass by, don’t miss it. We had the presentation last Tuesday and was a lovely experience.