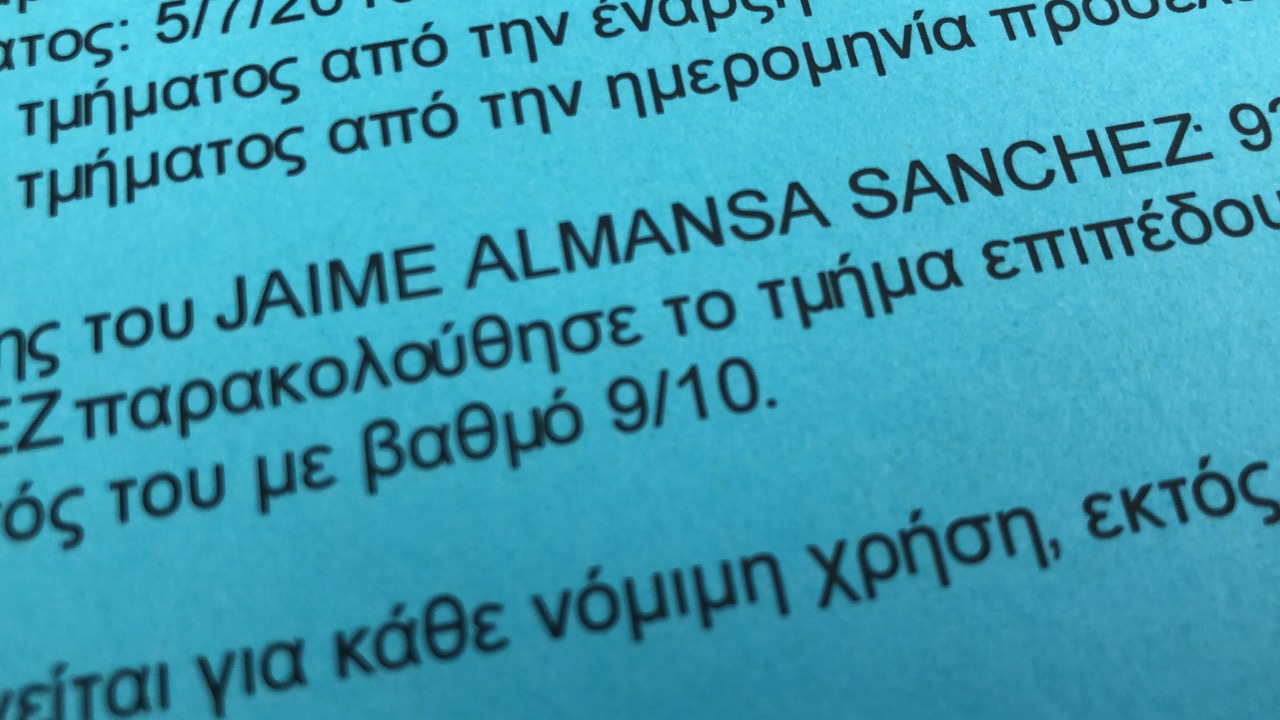 So, June finished and July came… and I had to leave French aside for a bit to focus on the last couple of weeks of Greek. Apparently I got my B1 with a really good grade, so now I can actually defend myself in a conversation. I don’t really feel very confident, but already had to do it and hell it worked. But this month, I have a better story…

Some months ago Greece and North Macedonia reached a new historical agreement that left everybody unhappy. Prespa dealt with many issues, also with history, to settle what is hellenic and what is not… Just writing about this issue without any judgement can cost me several comments on social media and this is what makes it even more interesting. Until now I was quite in love with Greece, although never understood why they were so obsessed with their northern neighbours. Now I understand it better and came to the conclusion that they are acting like bullies in many sense. So, let’s get political.

First of all, a little bit of historical context… because the conflict goes back to the fourth Century and they try to make very clear that the ‘real’ Macedonians where only in the south. Just reading the Wikipedia helps to see it. And it is not false. However, there is something more in identities than a classical tribe. Specially when during the greatest moment of this tribe the territory conformed parts of half a dozen current states. Anyway, the Romans made an even bigger province, the Slavs came through when the empire was in decadence, even though Justinian I had been born in Skopje. Medieval times saw many conflicts in the region, changes in power, Bulgarians and the Otomans… For many years, the population in the actual historical region of Macedonia fighted for independence. The problem, there was a majority of Slavs that ended up in the North after the Greeks took back ‘their’ part in the begining of last century. Yugoslavia promised with Tito, the war gave in the 90s, but Greece was not in favour of accepting old claims and blocked a newborn state with a strong identity forged by centuries of conflicts. Why? I guess fear of losing their part, although it does not have much sense in the current political situation of both countries.

But let’s go to the last years and try to understand what the hell happened here… FYROM was the name agreed for international institutions with the promise that they could be integrated in NATO and later on the EU. The Greeks had forced to it, and there was a change of flag and Constitution. After a horrible earthquake in the 60s and the war, Skopje was a bit desolated, so little by little they rebuilt most of the city. When the Greeks vetoed FYROM from NATO, all went to hell and the reconstruction brought an ultra nationalist approach with statues and symbols everywhere, appropriating many icons like Alexander the Great just to mess up. Didn’t they have the right to do it? I guess Alexander is World Heritage but… Greek… or Macedonian that spoke Greek, but you know, the Greek kind of Macedonian, not the Slav, cause they came later. Anyway, the last change in goverment thought the conflict was not cool and stepped back… no naming the airport like him, not naming the statue like him, naming the highway from the border to Skopje ‘Frienship’ and flowers and all that. So, finally, North Macedonia was agreed and Macedonians were a bit pissed both sides of the border, and Greeks from the South were even more pissed, and there is still just one bus per day to go there from Greece.

And maybe it looks like I’m taking a part for North Macedonia, cause they have really suffered in both sides of the border. But this does not justify other stupid things they did, like placing a replica of a sarcophagus with Alexander’s story as if it was a replica of his tomb in the museum, or suddenly stopping investment in archaeology because it does not serve a political pourpose anymore. One day I’ll write more about the other side of the border too. And reality is that archaeology in North Macedonia has a quite interesting model and great results for the situation in which they have to work. As examples, just Scupi, Stobi and Heraclea, or the findings from Trebenista culture. I guess, after all, this is just another Balkan story.

Now, preparing next trip… and encouraging you to visit Macedonia… the whole of it. Will be a real experience, in archaeology and beyond. Because the political conflict is there… the trolls too… but the people, generally, in both sides of the border, is great.