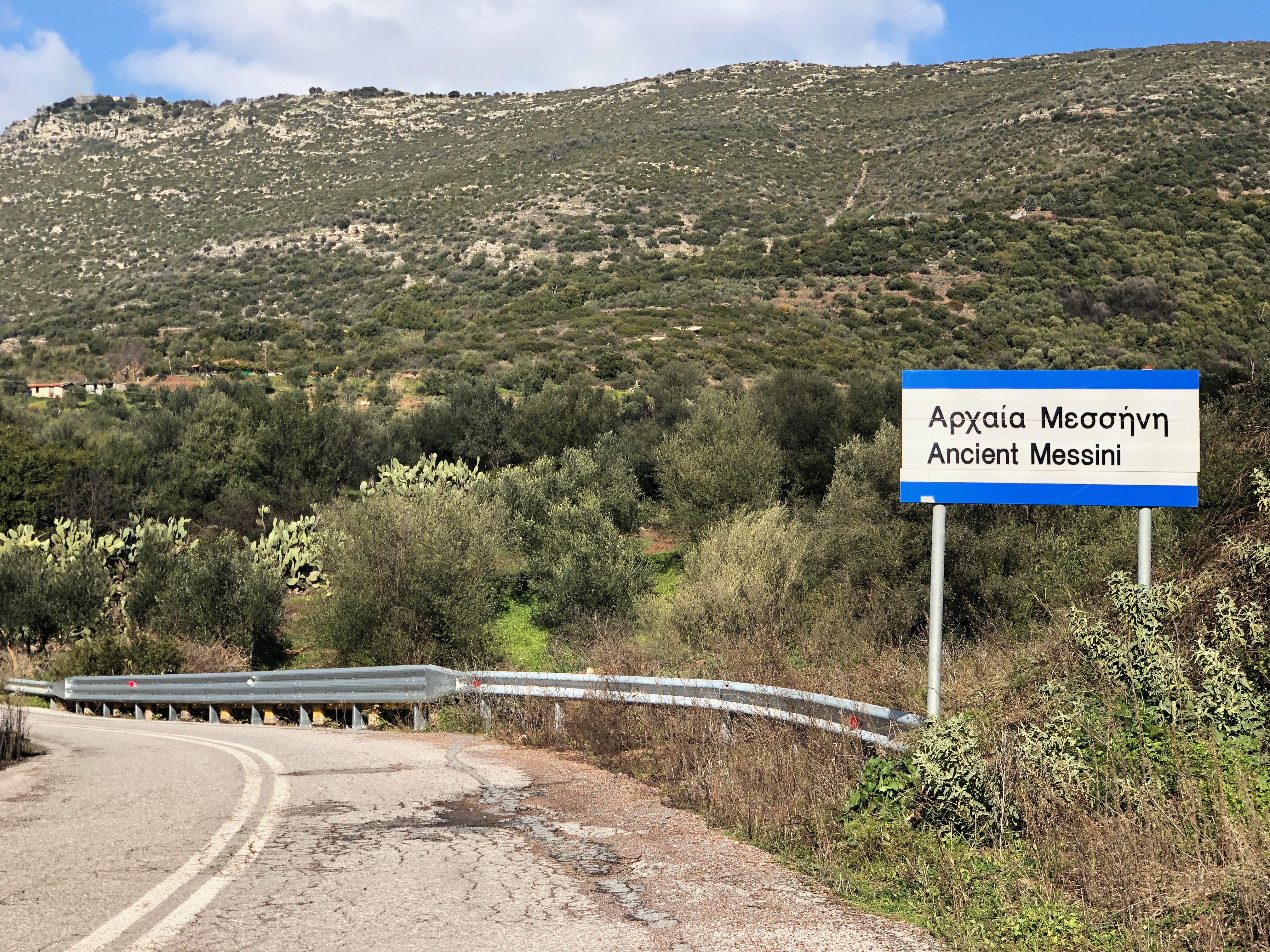 My grandmother was born in a village called ‘Arroyomuerto’ [dead river] and at some point it was decided to change the name into something nobody remembers but appears in Google Maps. When I saw the entry panel to Archaia Messene I remembered it. ‘Mavromati’ [black eye] was the original name of the village where the archaeological site is, but nowadays it took the one of the site for marketing reasons.

Since I wrote last post, I have been quite busy on fieldwork and some first results are coming out in a very interesting way. This is not the place to publish them, but i would like to make a short account of the fieldwork and what is it about… Mainly because when we speak about fieldwork, we usually have in mind excavations and so, but this project is not at all about that. One of the legs of the project tries to understand in a different way the impact that an archaeological site has on its surroundings. I am not trying to meassure economic growth or development, but general issues about how the sites re-structure landscape and how people relate to it. In this sense, I focused on local communities and tourists with two separate actions: A visitor study, that might help to better understand how visitors relate to the site and the region; and a small ethnographic apporach to the surroundings, to disentangle the dynamics between the site and its immediate area of impact.

The visitor study was conducted with help from the University of the Peloponnese and its students. I cannot thank enough all them for the support and the great time we had. Overall we did not get great numbers [I will address this elsewhere], but several trends that can be of interest for the site, and are of great interest for the project. The ethnographic work was a bit more difficult, as I had no help and my Greek is still limited. However, results are also very interesting and had the opportunity to meet and talk to many interesting people in the area. Of course… not all the people I wanted to talk to.

The week moved on to the next adventure, and this time I did a double bet. First of all with the selection of one of the Spanish sites; Lucentum. Secondly, starting fieldwork with my friend Jesús [hopefully PhD candidate soon]. His thesis idea has to do with the use of archaeological icons in abandoned leisure centers from the late XX Century. I’m not the one that has to tell about it, but will just say that the experience was awsome and #fakearchaeology rules!

And now, I am suffering the heat of Athens while advancing in my learning of Greek and French. The month will keep being basically that, so I guess I will not share a lot until late July. Wish me luck, I need to get to B2 in Greek pretty fast.