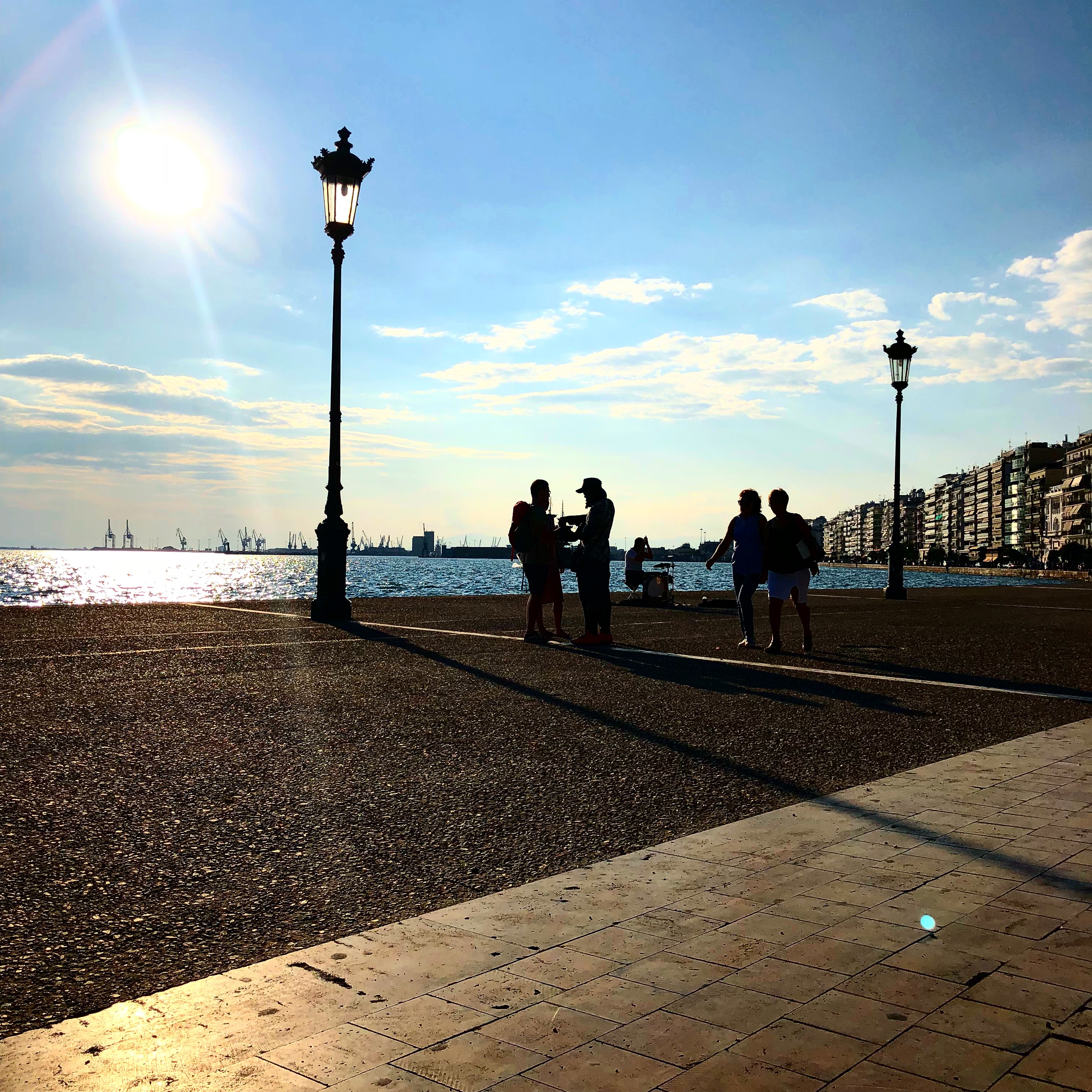 So, the Greek course is over, now I should continue by myself trying to fix the knowledge I apparently got. But it is also time to start for real with the project. Yesterday I went to Thessaloniki like who goes to the market… Well, for a bit longer, but still maybe too fast. For those of you who do not know it, Thessaloniki is the second city in Greece, within Macedonia in the north of the country, but next to the sea. It has around a million people living in its metropolitan area and I have to admit that I was very possitively suprised about it.

Thessaloniki was founded on 315BC by Cassander of Macedone and named it in honour of his wife, half sister of Alexander the Great. He tried to bring together several polis in the region, building a truly powerful one, which remained so under Romans, Bizantines, Otomans and today. But overall, it always was one of these eclectic cities where multiple layers overlap in all the possible senses. With a population historically varied (it was one of the first and main centers for Jews in Europe, getting, for example most of the Sephardic diaspora) and dynamic, its rich history is represented in the urban traces, with lots of interesting spots.

While there, I had to visit Archaeology & Me, the exhibition from the NEARCH project (of which Incipit is part) which was in the archaeological museum for the summer. Really nice photos and artworks from all around Europe, trying to show what archaeology means for the authors. But I also had a very special tour with Eleftheria (colleague there), who showed me around some of the most interesting spots of the city in what has to do with archaeological heritage management. I chose Greece because its model is a bit different from other countries like Spain, and the strenght of the archaeology departments sets the way things are done. The affection of archaeology to citizens in Thessaloniki is being important, and took place from different perspectives and with different outcomes. Conflict, struggle, defence… I am really looking forward to delve into this panorama.

But why was I in Thessaloniki? To start unveiling some details of the project, one of the sites of interest will be Rotonda, a very interesting monument with many layers of history since Galerious intended to make it his mausoleum.

I will not tell much more about the site, as I save that for the future when we start working on it, but today I wanted to explain a bit the dynamics of the case studies. As I think I already said somewhere, this project is about the perception of archaeological heritage management through a comparative study in the Mediterranean. Therefore, I am interested in seeing how things are done, but also how things are percieved. In each site we work in, we will make a visitors study to delve into the actual working of the sites, but also an extensive study of the surroundings and their people, trying to understand better how the sites take part in their lives (if they do) and how archaeology is affecting them (or how they think it is managed). I expect to gather a lot of information that might be useful to understand what works, what does not work and how (more than why).

Believing a different archaeological heritage management is possible… a last photo of Rotonda and its graffiti. Will be back soon.